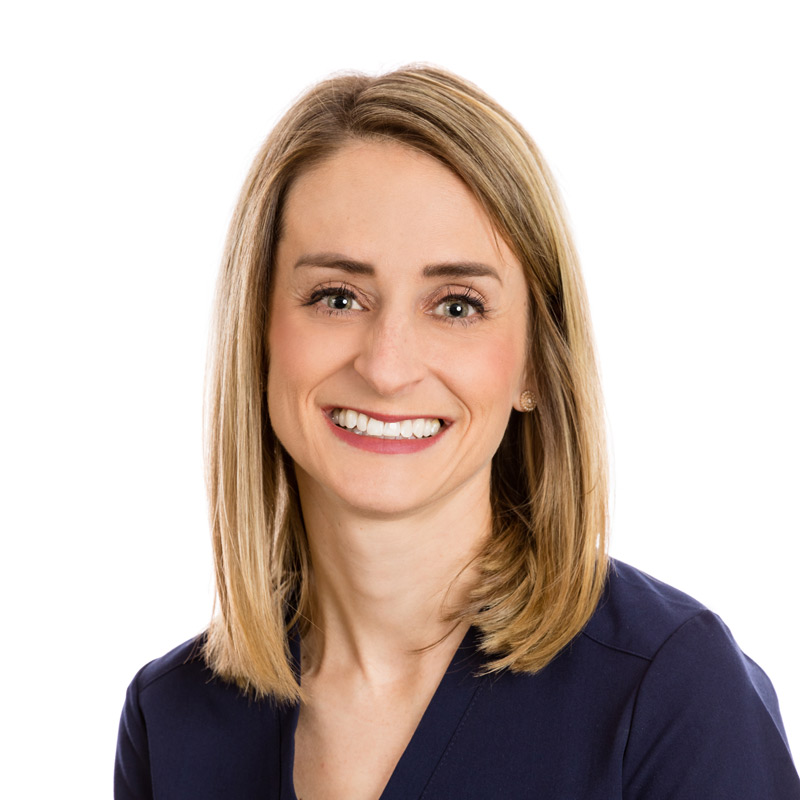 Dr. Gina Weir is originally from Lincoln, NE where she attended Pius X High School. She then went to Nebraska Wesleyan University for her undergraduate education where she received a degree in biology with minors in chemistry and psychology. While at Nebraska Wesleyan, she was a combined five-time NCAA All-American runner in cross country and track. She graduated in 2006 and received the “Gold Key” award from Wesleyan for being the top student in her graduating class.

Before deciding to pursue medicine as a career, she worked for 2 years as a Microbiologist at Novartis Pharmaceuticals in Lincoln, NE. During this time, she won the Lincoln Half Marathon in 2005, and was runner up in both 2006 and 2007.

Dr. Weir attended medical school at the Nebraska Medical Center in Omaha, NE, graduating with High Distinction in 2010. She moved to Kansas City for her residency training where she completed her internship in Pediatrics at Children’s Mercy Hospital in 2011, followed by her Dermatology residency at the University of Kansas Medical Center in 2014. She and her husband, Dr. Jesse Weir of Associated Anesthesiologists, P.C., moved back to Lincoln following residency in 2014 and have four wonderful children. She worked in private practice at South Lincoln Dermatology from 2014-2020 before opening Dermatology Associates of Lincoln in 2020.

Dr. Weir is board certified by the American Board of Dermatology. She is a member of the American Academy of Dermatology, the American Contact Dermatitis Society, and the Alpha Omega Alpha Honor Medical Society. Dr. Weir loves all aspects of medical dermatology, but especially enjoys skin cancer detection/removal, minor cyst and lipoma removal, and management of psoriasis and severe acne.